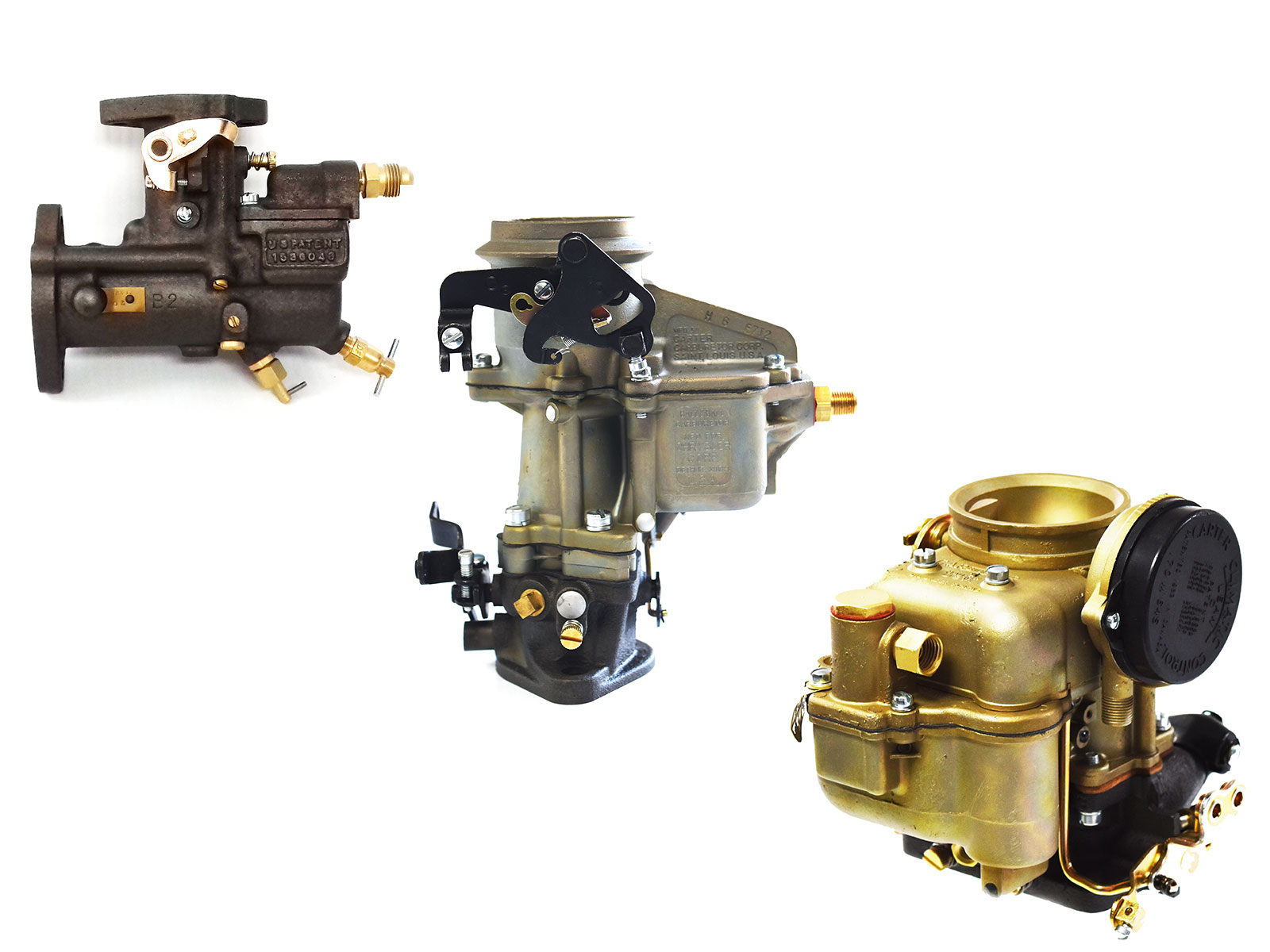 A carburetor is a device to measure and mix fuel with air in proper ratio for engine combustion. The formation of the air-fuel mixture consists of subdividing or atomizing the fuel and mixing the finely divided particles of fuel with air. Atomiza­tion is accomplished by spraying the liquid fuel through nozzles or jets into a stream of moving air. This air-fuel mixture must then be converted to vapor before it is introduced into the combus­tion chamber of the engine. Vaporization is as­sisted by the heat of the intake manifold.

Variations in speed and load conditions demand a different volume of air and a corresponding dif­ference in fuel volume. The mixture ratio, how­ever, must be within flammable limits if combus­tion is to occur. The primary objective of the carburetor is to produce the desired ratio for any operating condition.

Carburetors of all types operate on the basic principle of pressure difference. This principle is often referred to as “vacuum”. To explain the physical laws involved, consider the atmosphere which is the standard by which we measure all pressure. We live at the bottom of an ocean of air—an atmospheric ocean extending up­ward many miles. This air has weight just as water in the ocean has weight. The weight of the air produces what we term “atmospheric pres­sure”. At sea level this pressure is normally about 14.7 pounds per square inch. Keep in mind, too, that this pressure is exerted at the same point, equally in all directions—downward, sideways and upward.

From sea level upward to plateaus and moun­tains, the weight of the air decreases. Figure 1 illustrates the approximate atmospheric pressure at various elevations above sea level.

Air is constantly present in all space on or even below the earth’s surface, unless that space is actually occupied by some other matter or sub­stance.

A tight fitting piston is drawn through a pipe, open at both ends. As the piston is pushed toward one end, the air inside the pipe is pushed out at that end. Air in exactly the same volume flows in at the opposite end to replace the air which was pushed out.

Now, suppose we close one end of the pipe. If we move the piston away from this closed. end, the air cannot be replaced (assuming there is an absolute seal around the piston).

This space which was occupied by a given volume of air is now larger; but the total amount of air remains the same. Since the same amount of air now occupies a larger space, the pressure is reduced.

These facts lead to the controlled condition “vacuum” and explain the principle of pressure differences. If we now attach a second pipe to the closed end of the original pipe, we see the exact effect and result of pressure difference, Figure 4. The end of the second pipe is immersed in a pail of liquid. When the piston is moved away from the closed end of the original pipe, pressure is reduced. We have also learned that the surrounding atmosphere, or air, because of its natural weight or pressure, will occupy at once any vacated space.